Joey DiBernardo was born into a firefighting family in 1970, the son of Barbara and Joe DiBernardo, a FDNY firefighter. As a child Joey played with toy fire engines and firemen. He would make buildings out of cardboard boxes and carefully position his Engines and Ladders around the boxes spending hours with his toy fire department. Joey would tape record radio transmissions from a fire department scanner and replay the radio traffic as he went about putting out his imaginary fires.
By 1980 his father began bringing him to the firehouse in Brooklyn where he put his first fire out, a dumpster fire, at the age of ten. Joey rode along in the Chief’s car in Bedford-Stuyvesant, Bushwick and South Bronx areas of New York City. By the age of thirteen he was pulling ceilings and absorbing the firehouse culture while enjoying the camaraderie that surrounded him.

At eighteen, he became a Fire Alarm Dispatcher on Long Island, N.Y. The following year he joined the Setauket (NY) Volunteer Fire Department where he later served as Lieutenant and Captain of the Hook and Ladder Company #1.

In 1993, Joey DiBernardo became a New York City Fire Department Fire Alarm Dispatcher assigned to the Bronx Communications Office. Two years later he attained his lifelong ambition and was appointed to FDNY and assigned to Ladder Co. 56 in the Bronx, rotated to Engine Co. 47 in Harlem and Engine Co. 238 in Brooklyn. Throughout these years, he attended every training opportunity given across the country, and he became qualified in all the Rescue disciplines and was certified as an Instructor in Trench Collapse, Building Collapse, Heavy Rigging, High Angle Rescue, Haz-Mat, Radiation and Radiological Incidents.

In addition, Joey taught around the country at seminars and conferences. He was chosen as an instructor at FDNY’s elite Technical Rescue School. In 1998, he was selected as a plank member of the newly formed Special Operation Squads and was assigned to Squad 61 in the Bronx. By 2000 he was chosen by the Captain of Rescue Co. 3, FDNY, as one of their youngest members. He was barely 30. Joey responded to the World Trade Center and operated there for six months in the rescue and recovery operation. Joey quietly began studying for the upcoming Lieutenant’s examination.

In January 2005, Joey DiBernardo responded to a tenement fire in the Bronx with Rescue 3. This day would come to be known as “Black Sunday” in FDNY history as three firefighters died that day in the line of duty. Due to illegal partitions and blocked fire escapes, Ladder Co. 27 and Rescue 3 became trapped on the top floor of this Bronx tenement. Surrounded by fire with no way out and running out of air, they were forced to jump out the rear windows to the yard five stories below. Tragically, two members of Ladder 27 died on impact and two others were critically injured. Jeff Cool of Rescue 3 was trapped at one window and Joey was trapped in the adjoining room. With fire blowing out over their heads, Jeff, who had his personal rope, heroically told Joey he had no place to tie off his rope but he would lower Joey. In response Joey yelled back to Jeff, “…I’m single, you have a wife and kids…throw me the rope, and I’ll lower you…” With only seconds left, Jeff threw Joey the rope, and Joey tied it around his arm, and Jeff leaped out the window. As Jeff swung out he lost control of the rope and landed in the alley below, critically injured. Joey then tied off on a child safety guard and went out the window as the room exploded in fire. Joey’s rope broke and he fell four stories to the recessed rear courtyard. He broke practically all the bones from his waist down and shattered both feet. In the hospital he suffered respiratory arrest and developed pneumonia, nearly dying twice while hospitalized. Joey’s long hospitalization was followed by a stay at a rehabilitation facility where he had to learn to walk again. During Joey’s extended recovery he was promoted to Lieutenant.

Joey DiBernardo and the other survivors initiated a campaign for the issuance of personal life safety ropes for all members of FDNY and, as result of this fire, FDNY did reissue ropes to all its members. Joey and the other survivors regularly spoke out around the county for firefighters’ safety. Despite his injuries, Joey was a popular fire instructor.

Joey DiBernardo continued to live in great pain every day of his life from all his injuries and passed away November 22, 2011 as a result of the injuries suffered on Black Sunday. He was recognized by the International Association of Firefighters for making the supreme sacrifice in the line of duty. The DiBernardo family was presented with their Medal of Honor, and his name was inscribed on the Fallen Fire Fighter Memorial in Colorado Springs, Colorado. In 2012, Lieutenant Joseph P. DiBernardo was awarded the New York City Medal of Supreme Sacrifice and the FDNY Medal of Valor for giving his life in the line of duty for the citizens of New York City. Joey’s name was also added to the National Fallen Firefighters Memorial in Emmitsburg, Maryland in 2017.

In 2013, the Lt. Joseph P. DiBernardo Memorial Foundation, also known as the Joey D Foundation, was started to help train and equip firefighters in need.

You can help us make this happen. 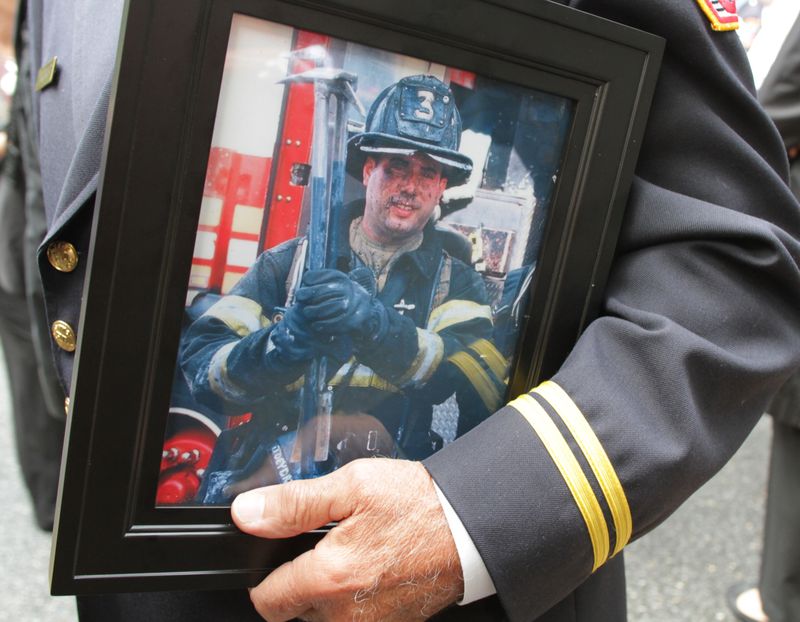 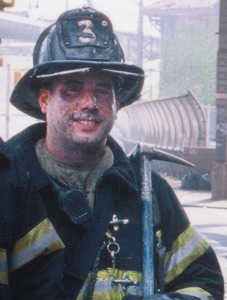 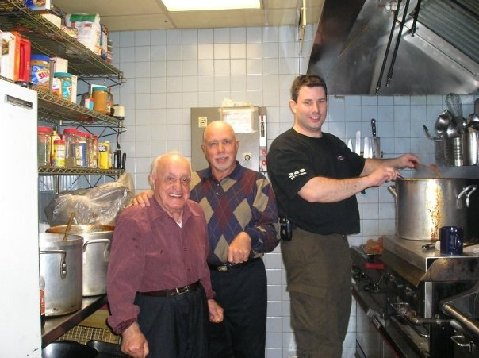 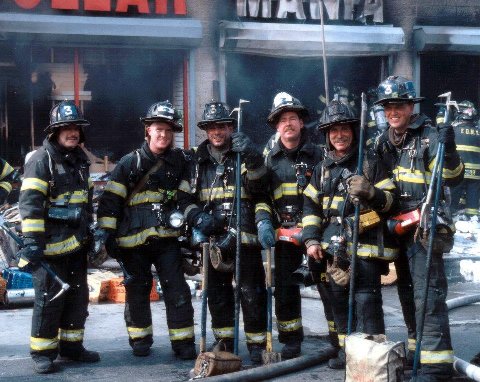 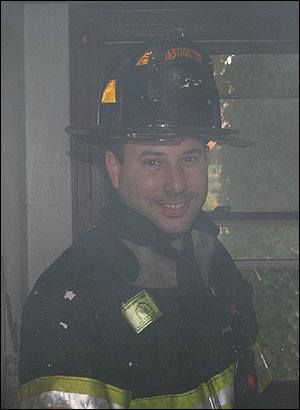 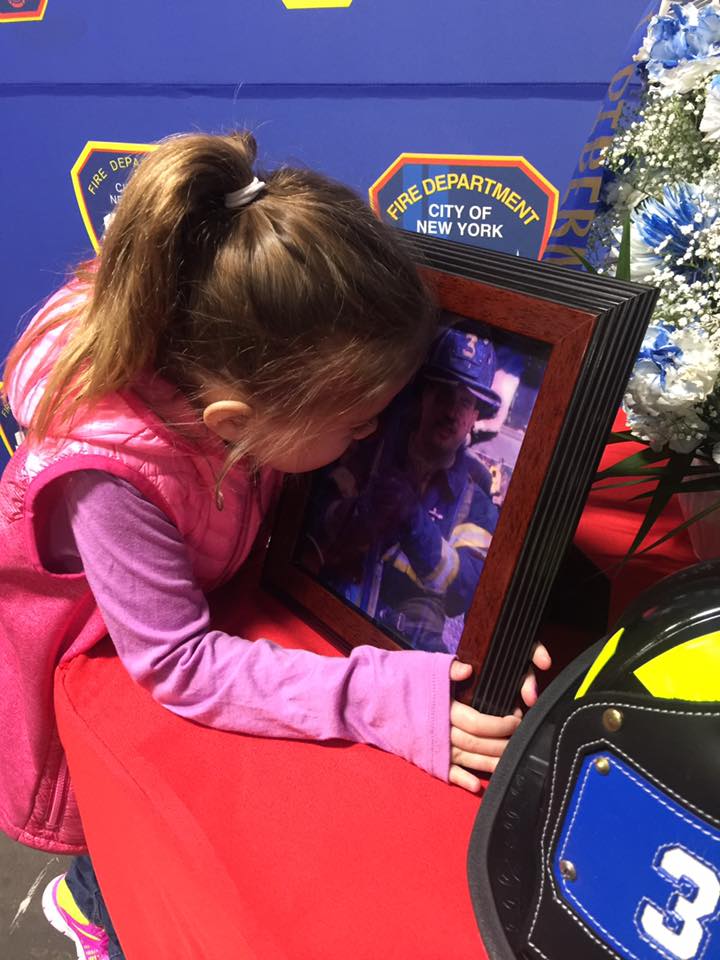 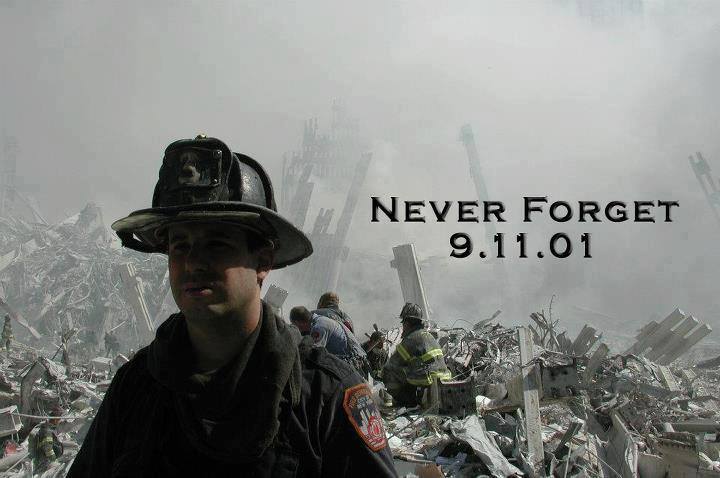 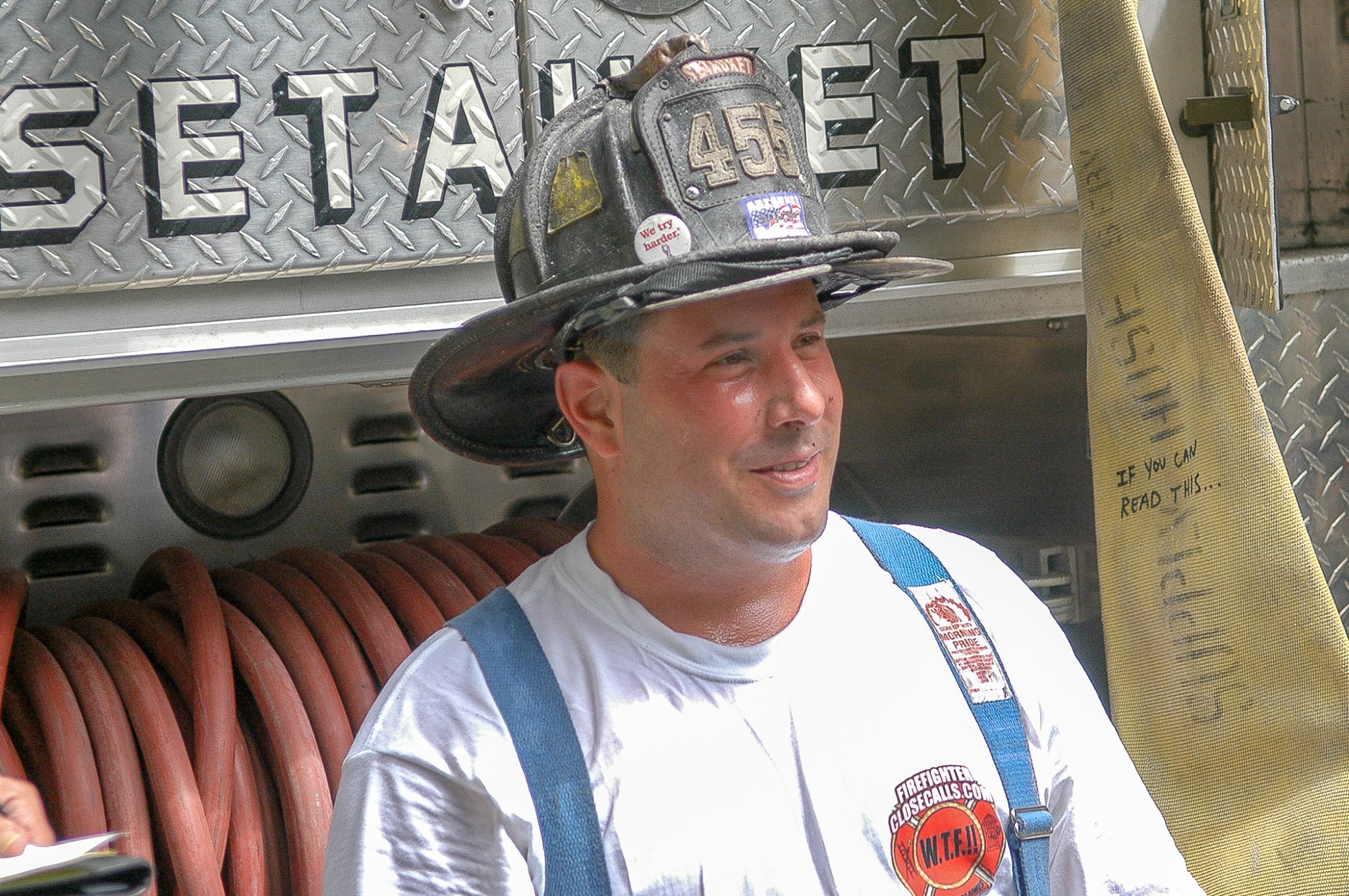 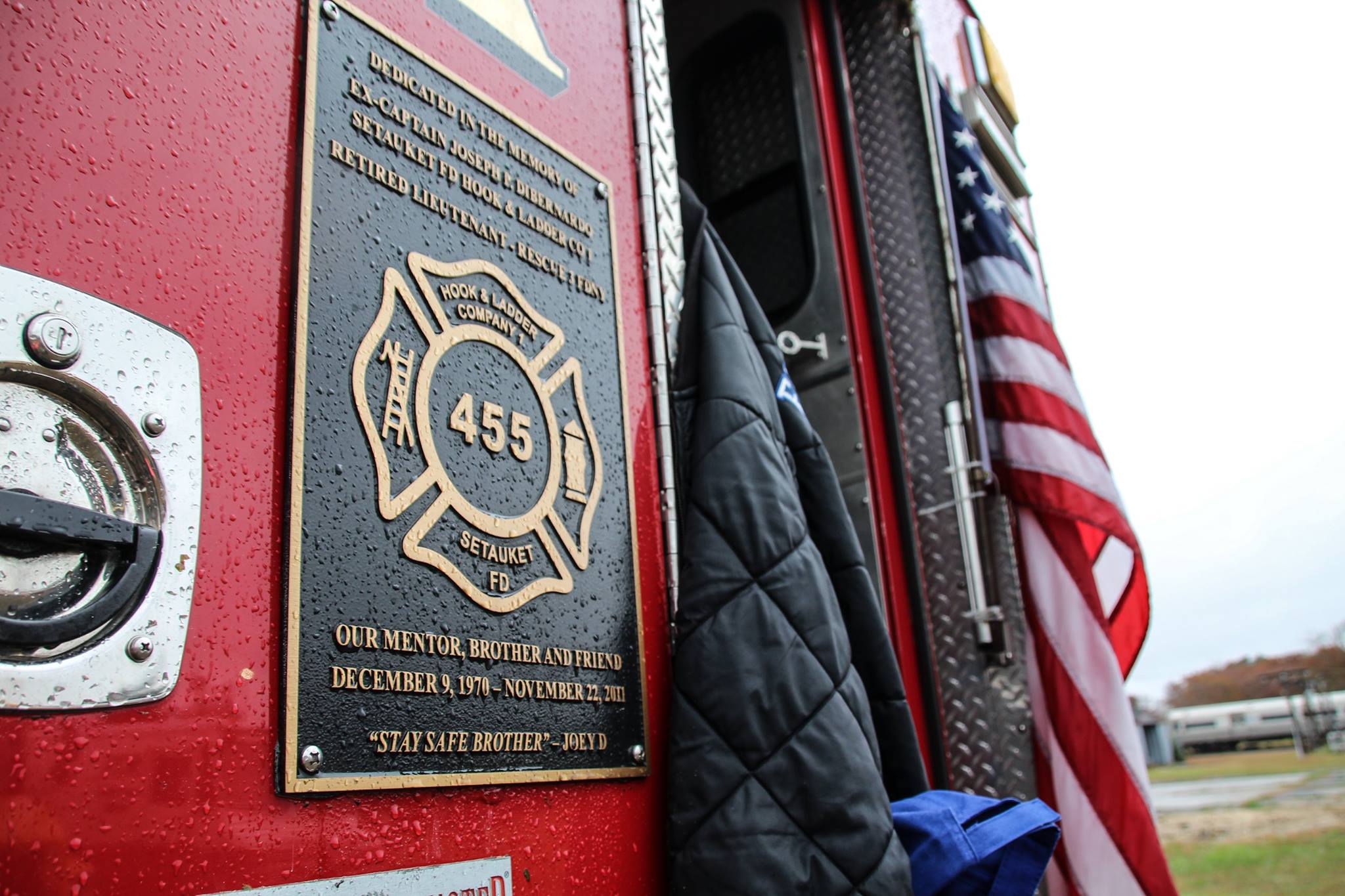 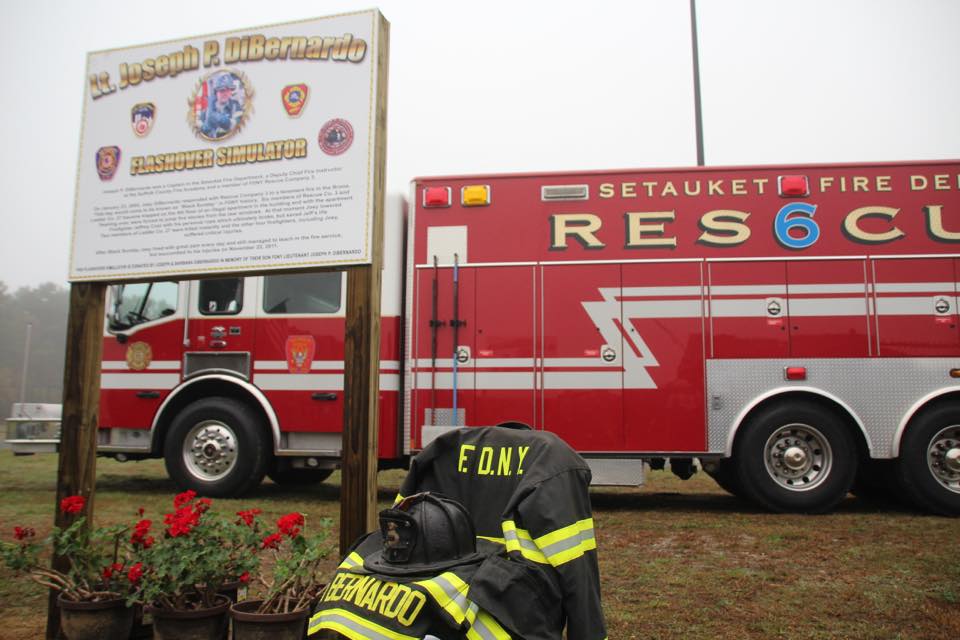 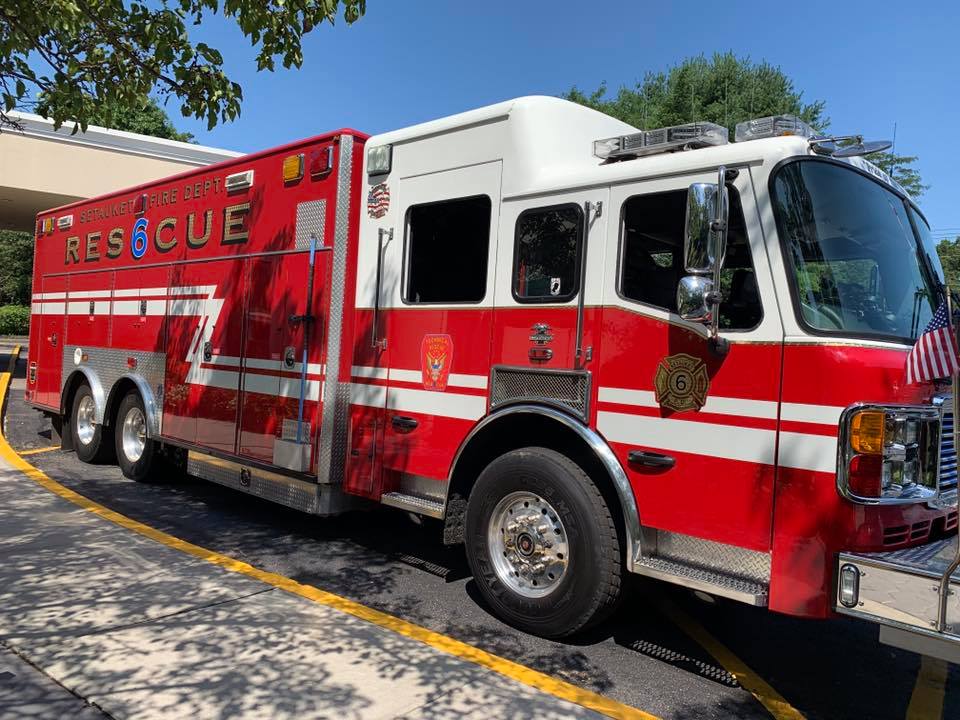 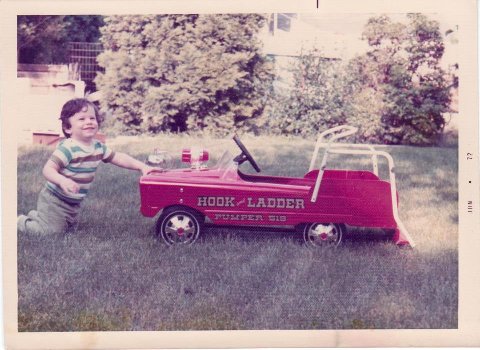 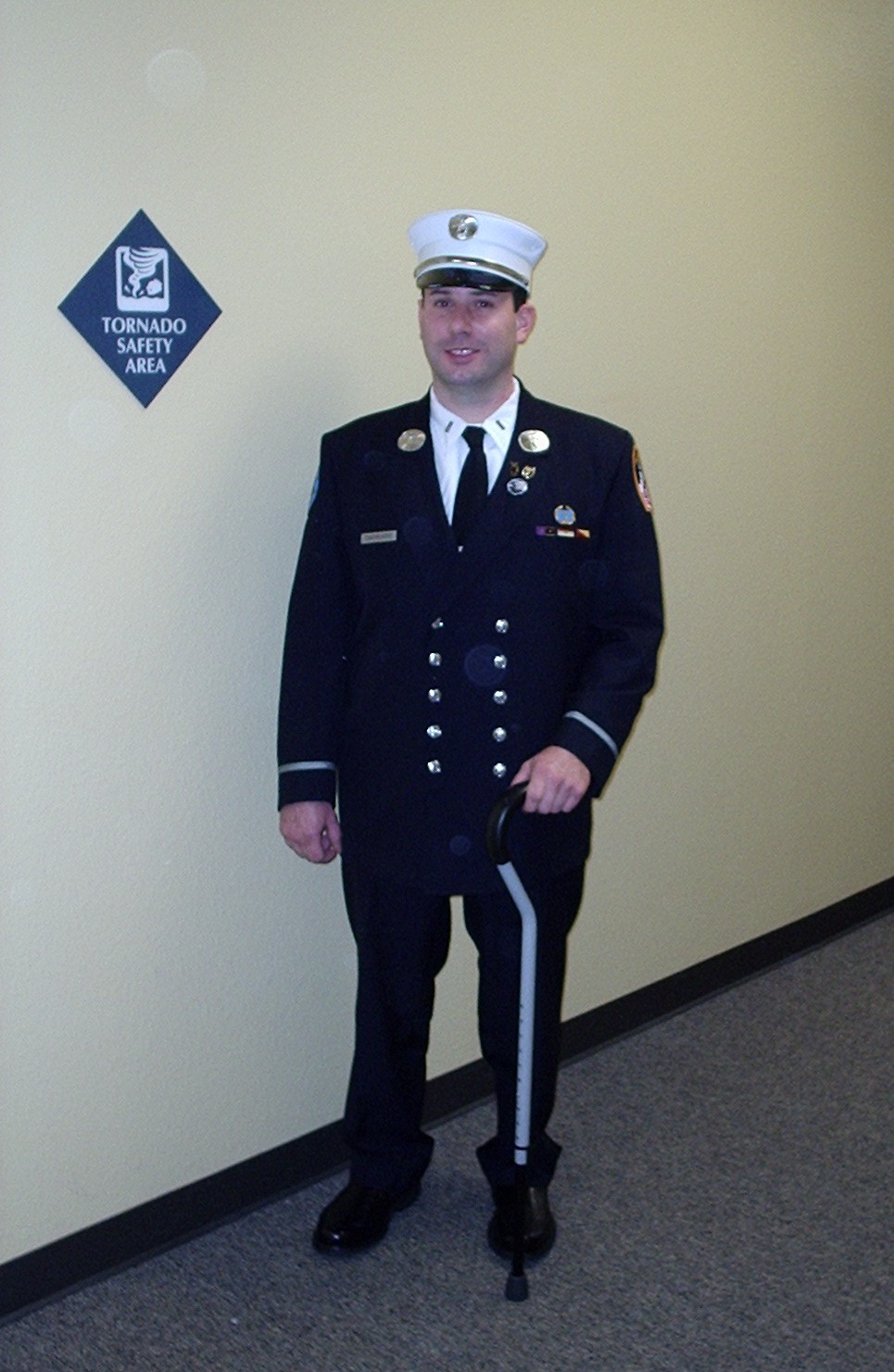 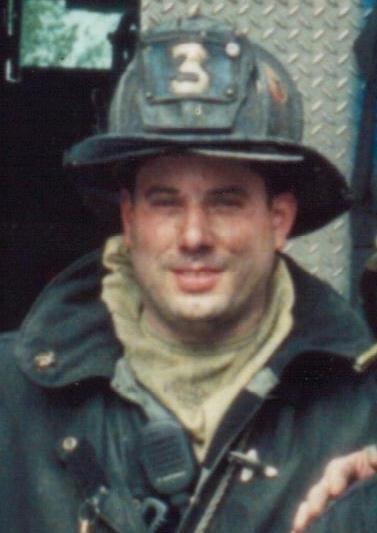 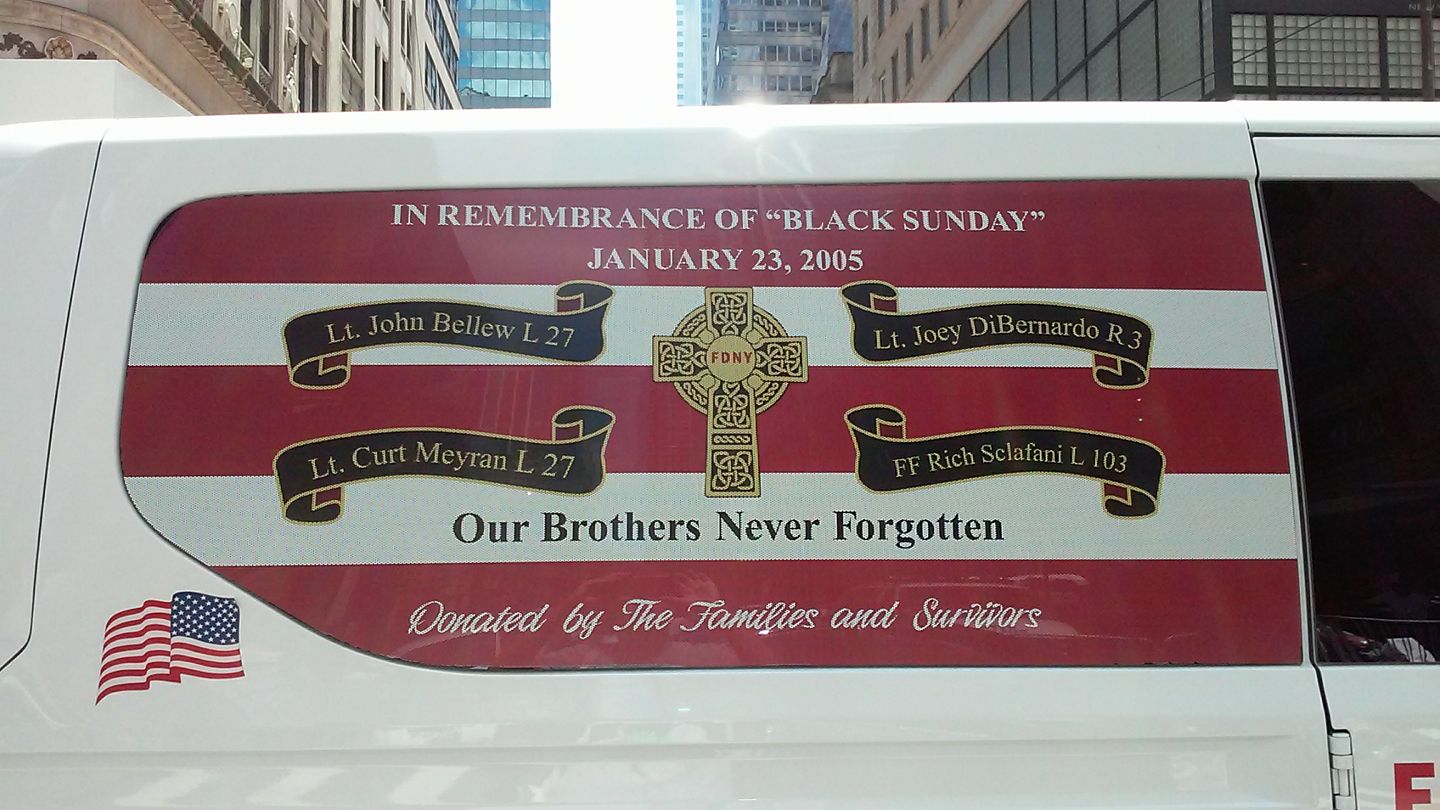 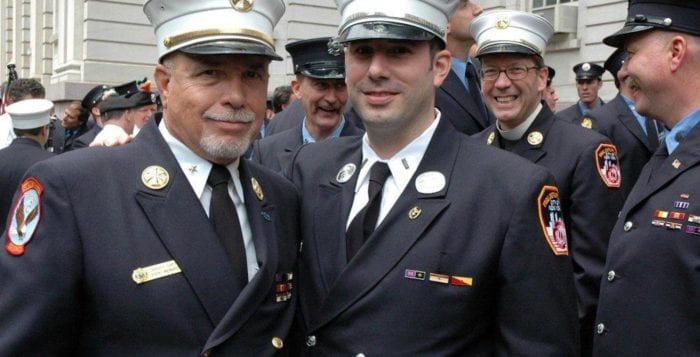 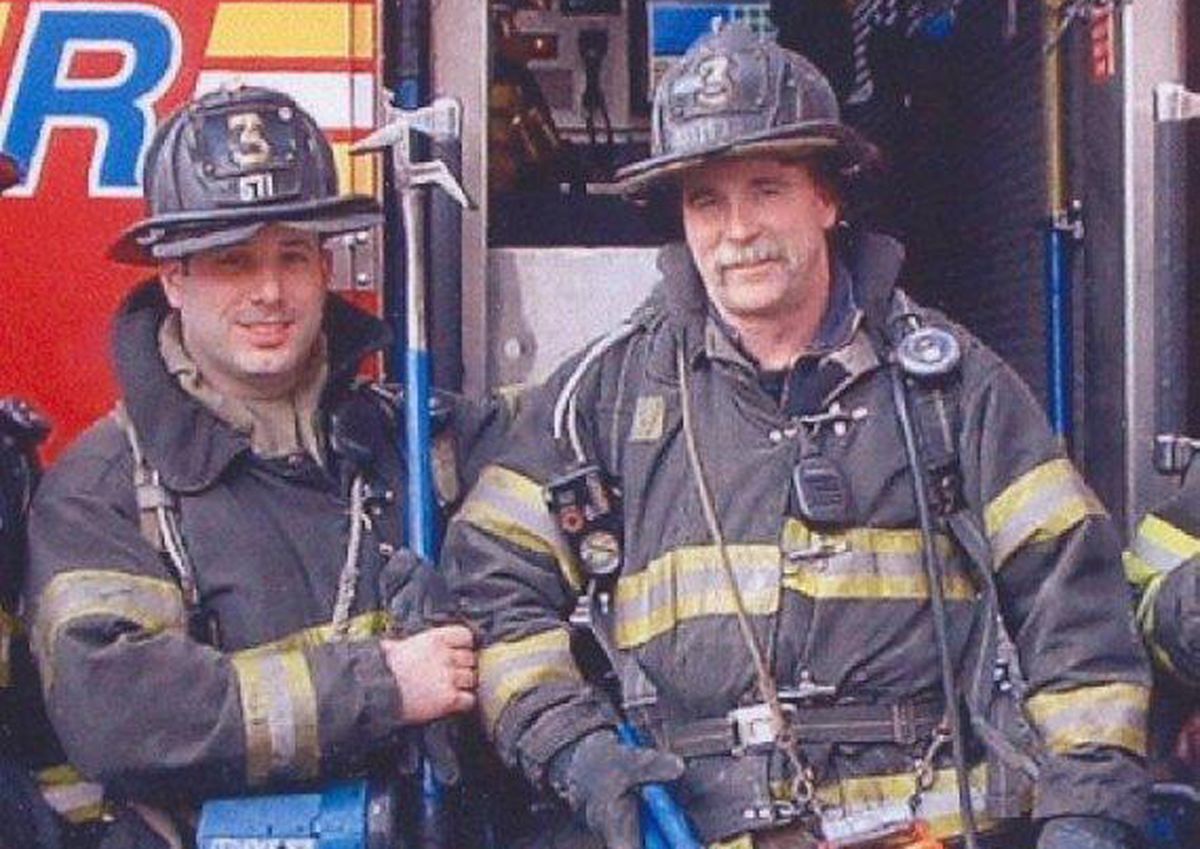 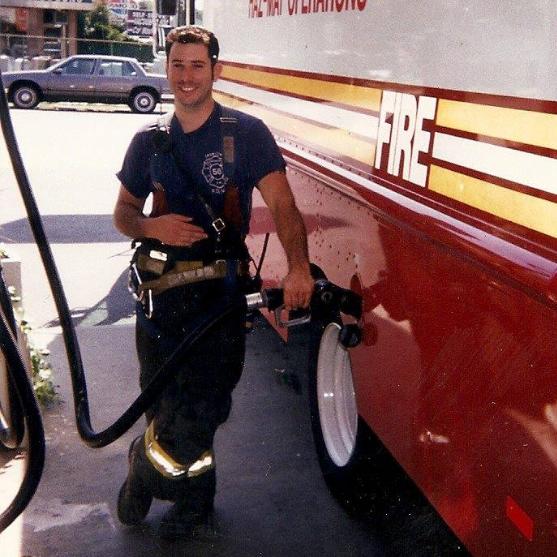 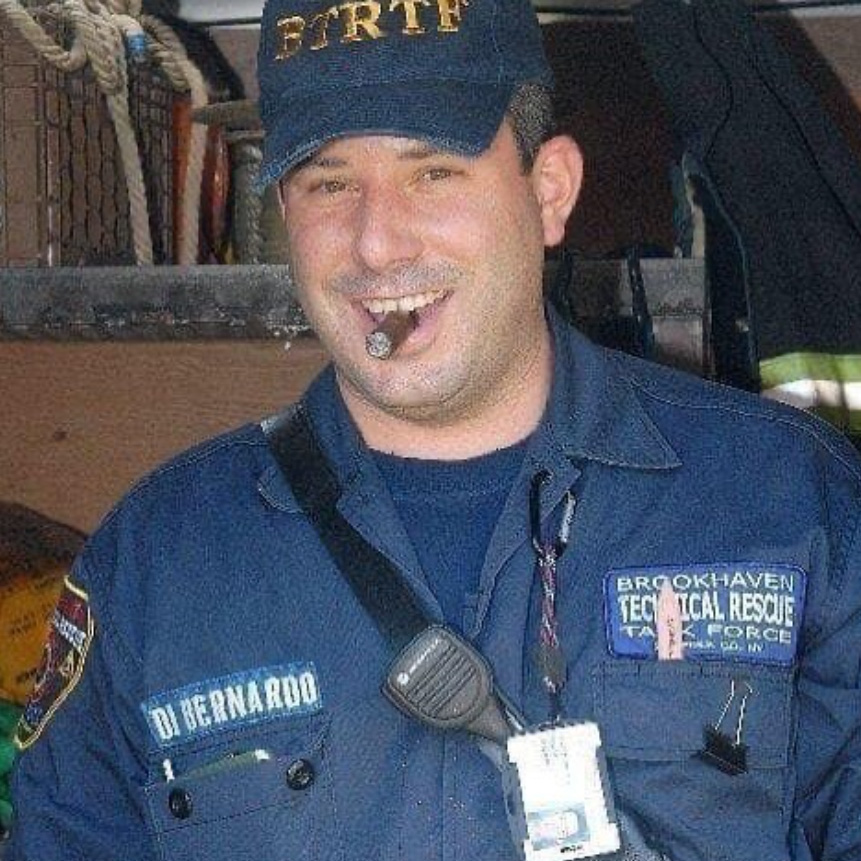 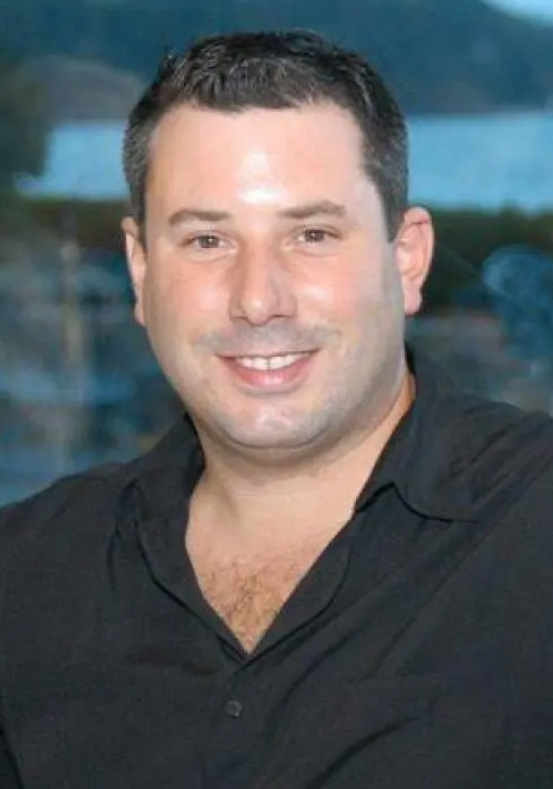 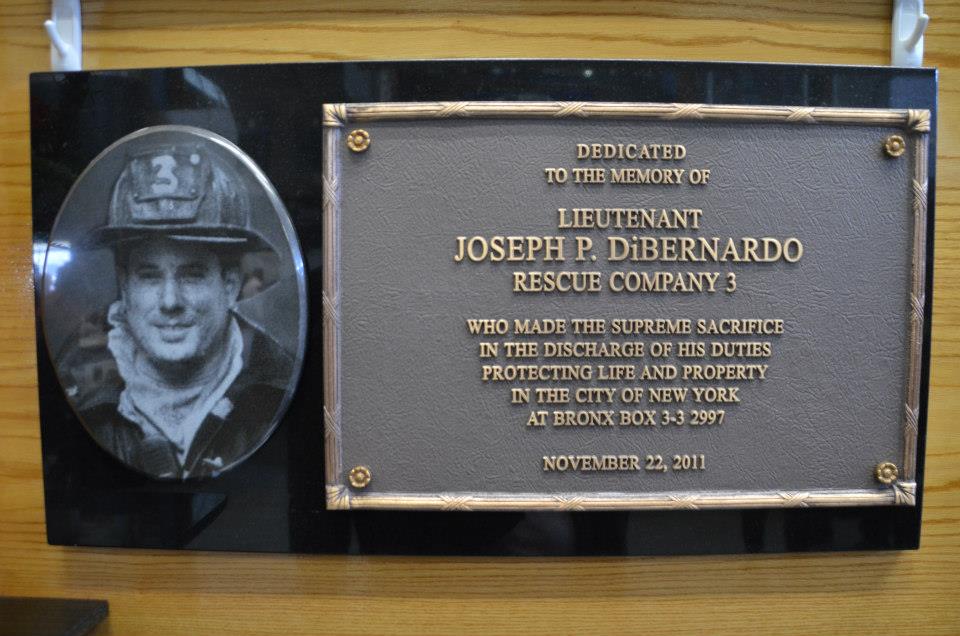 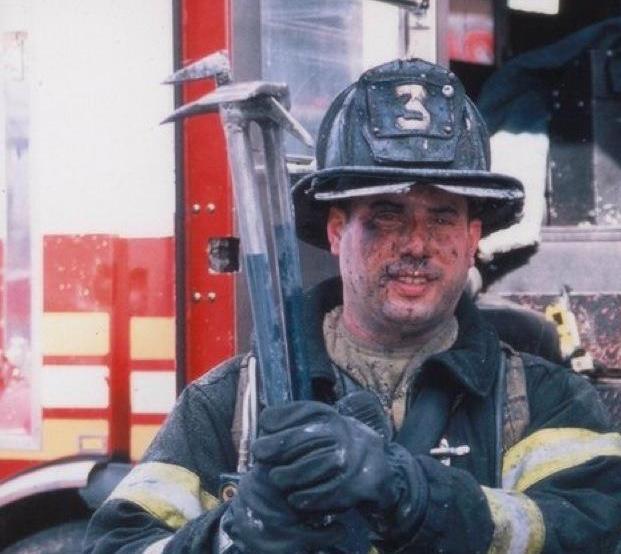 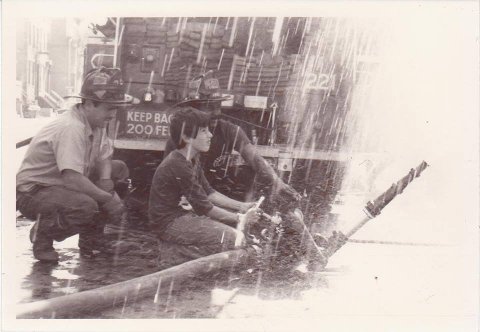 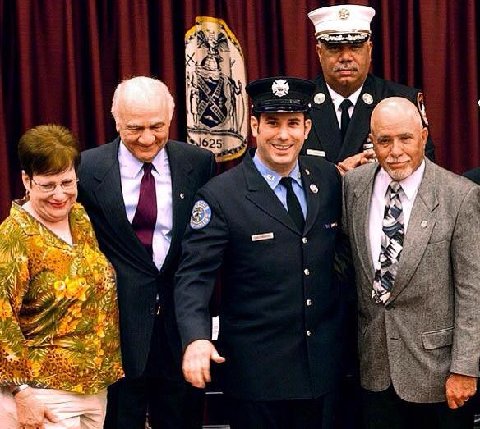 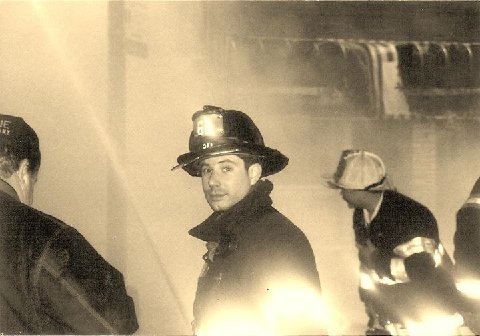 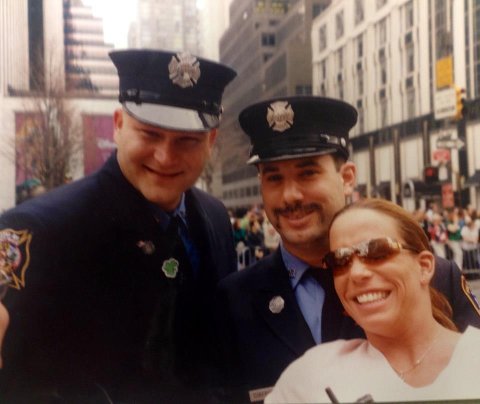 The Lieutenant Joseph P. DiBernardo Memorial Foundation, Inc. (Foundation) exists to assist fire departments with their ability to purchase and train with rescue equipment. Toward that end, the Foundation does so without regard to race, religion, creed, color, gender, sexual orientation or age. The Foundation’s By-Laws, Annual Report, and Conflict of Interest Policy are available by writing to the Foundation at its home address.